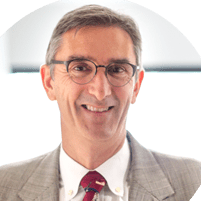 An aneurysm is one of those conditions you might never know you have until it causes a potentially life-threatening hemorrhage or stroke. If you do experience symptoms that could be due to a cerebral aneurysm, leading neurosurgeon Joseph Watson, MD, at Cerebrum MD near Northern Virginia and Greater DC area, can help. Dr. Watson is a highly experienced physician who can carry out open surgery for aneurysms if needed and works with world-leading specialists in advanced, minimally invasive coiling treatments for aneurysms. Call Cerebrum MD today to schedule a consultation.

What is an aneurysm?

An aneurysm is a bulging artery filled with blood. When an aneurysm occurs in your brain, it’s called a cerebral aneurysm.

Cerebral aneurysms can develop when you have a thin or weak spot in an artery in your brain. Small aneurysms may cause no problems at all, and only get found during scans for other purposes.

On the other hand, a large, bulging aneurysm can compress surrounding brain tissue or nerves. They can also burst or rupture, flooding the area with blood. A ruptured aneurysm can cause potentially life-threatening conditions such as hemorrhagic stroke, brain damage, and coma.

What are the symptoms of aneurysms?

If you have a large aneurysm, the pressure it puts on the surrounding tissues and nerves could cause pain behind and above your eye, numbness and weakness, and paralysis on one side of your face.

The pupil in the eye on the affected side might dilate, and you could experience double vision or other visual disturbances.

If an aneurysm ruptures, it causes sudden, extreme pain in your head. You could also experience:

How are aneurysms treated?

Treatment of aneurysms has undergone a significant change over the last 15 years. Instead of open surgery (craniotomy) and the placement of a clip, neurosurgeons now use endovascular methods and coiling techniques to treat most aneurysms.

Endovascular surgery involves using a thin tube called a catheter, which goes inside an artery and up into your brain to the aneurysm. Image guidance ensures the catheter is in precisely the right place to enable the coiling process to begin safely.

The outcomes of coiling for aneurysms depend greatly on the skill of the surgeon performing the procedure. Cerebrum MD works with leading endovascular physicians, including Christopher Putman, MD. Dr. Putman is an expert in the coiling method. Dr. Watson is available to assist in an emergency, or if your aneurysm isn’t safe to coil.

Dr. Watson began his training before coiling became the primary technique for treating aneurysms. That means he’s one of the few doctors in active practice who has experience in surgical clipping, so he can perform a craniotomy and clip placement if the need does arise.

Dr. Watson has also undergone training in brain bypass techniques and ran a cerebrovascular research unit while at the National Institutes of Health (NIH). You can be confident of receiving the optimal treatment at Cerebrum MD no matter what the nature of your aneurysm.

Call the practice today to find out more.